042 Amanda Wirtz: Service Above Self Building Hope For The Future Of Others 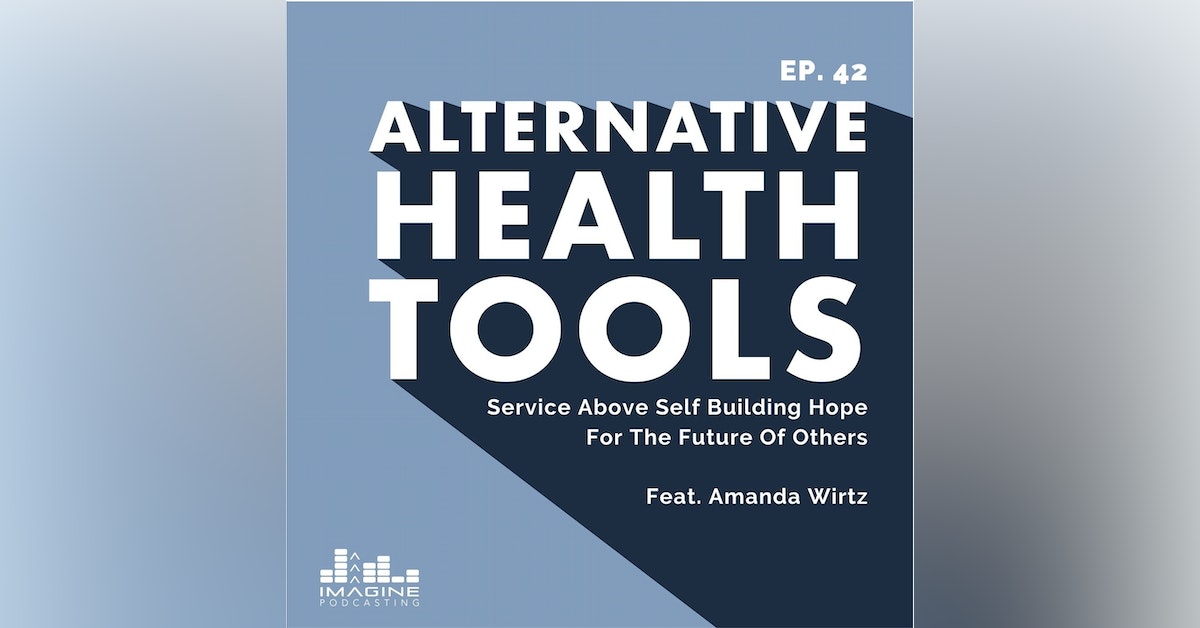 Who Do I Want To Be? A Life Enhancing Question.

Amanda Wirtz has spoken to thousands of adults and youth around the nation, inviting and exciting them to ask 'The Right Question'.  She creatively weaves her riveting story and musical talent into an unforgettable tapestry that is both moving and motivating.  Amanda leads her audiences on an intimate journey; they travel together exploring life decisions, personal values, and the shocking truth behind a question that has the power to change the world.

Amanda uses innovative media and live music to accentuate her unique style.  With candor, humility and humor, she reveals the truth behind her tragedy-to-triumph story. An encounter with Amanda is truly a pilgrimage of the heart.  The audience is not only markedly different, but better equipped to become better versions of themselves.

Amanda Wirtz is a Chicago native who studied in Stockholm, Sweden for a year as a Rotary Exchange Student.  After high school, she graduated from the Center for Information Dominance, earning the highest recognition as top graduate before serving six years as a Cryptologic Analyst for Naval Intelligence.  She supported military, counter-narcotics and search and rescue operations in Florida, Spain, Canada, and Washington D.C.  In addition, she served twice in combat in both Iraq and Yugoslavia.

During the years that followed, she faced seemingly insurmountable health challenges.  Resolved to fight for her own future, she began building hope for herself and others.  The crux of her journey began by asking 'The Right Question'.

Amanda completed her B.S. in Community Health at the University of Illinois in Urbana-Champaign earning the highest University honors: the Bronze Tablet.  She completed her Masters in Public Health in Health Promotion and Behavioral Science from San Diego State University and was recognized as the 'Top Graduate Student' within the College of Health and Human Services.

Her passion for building hope and a future has resulted in countless community outreach projects within the U.S. and abroad.  She has voluntarily contributed over 3,500 hours of humanitarian service and affected over 53,000 lives around the world.  In 2011, Amanda chartered and served as the first President of United Services Rotary: the first Facebook-based Rotary Club in the world to unite the international armed services in peace through service.  She also serves on the Advisory Committee for the Trauma Resource Institute.

Amanda has played the violin for 30 years and has worked as a studio musician and live performer in the U.S. and Canada.  Although she's played with numerous orchestras and bands, she now performs predominantly to support charities and other humanitarian efforts.

Amanda is a nationally renowned speaker and performer who continues to share her story of hope, inspiring others to 'Ask The Right Question'.  She is also a certified Master Practitioner of Neuro-Linguistic Programming (NLP), Master Practitioner of Mental and Emotional Release®, and Master Practitioner of Hypnotherapy.  Amanda facilitates the healing, recovery and integration of motivated, proactive clients who are interested in improving their behavioral health using effective, holistic modalities to achieve their goals.

Amanda was honored as the 2011 California State Assembly Veteran of the Year for the 76th District. In 2014, Amanda competed against 23 of the top military women from around the nation and was crowned Ms. Veteran America!  She was also awarded the 'Selfless Service Award' for her service contribution to Rotary International and 'Show Stopper Award' for best talent.

Rotary Code Of Ethics - the Four Way Test
In anything that I think, say or do, I ask myself the following four questions: is it the truth; is it fair to all concerned; is it beneficial to all concerned; will it build good-will and better friendships? If one of those answers is no, I don’t do it.

Wellness Tip
Claim for yourself the core of who you are. Where are going to put your focus to support your energy?

DISCLAIMER
The information contained in these podcasts and on this website is not intended to diagnose, treat, cure, or prevent any disease or health condition. Please consult a qualified healthcare professional to diagnose your health condition and prevent self diagnosis. We do not dispense medical advice or prescribe or diagnose illness.

The U.S. Food and Drug Administration or the American Medical Association have not evaluated, approved, or disapproved the material contained in these podcasts or on this website or its related material. No specific claims are made in relation to any health conditions or the effectiveness or ineffectiveness of the devices contained in this website.